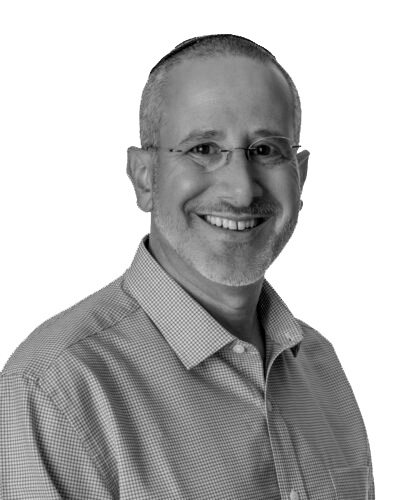 Rabbi Daniel Cohen is a native of New Jersey. He came to TSTI in 1992 while still a student at the Hebrew Union College-Jewish Institute of Religion (HUC-JIR) in New York. Ordained by HUC-JIR in 1993, he remained at TSTI as Assistant, then Associate Rabbi and has served as the congregation’s Senior Rabbi since 1999.

A graduate of Duke University, Rabbi Cohen holds a Masters of Arts in Hebrew Letters and Rabbinic Ordination from HUC-JIR. He earned a DMin in Pastoral Counseling from HUC-JIR and the Post Graduate Center for Mental Health in 2001. He was a participant in a Spirituality Specialist Program at HUC while a student and is a Certified Bereavement Facilitator.

Rabbi Cohen has brought the Torah commandment of Bal Taschit (“Do not destroy”) to bear through Temple Sharey Tefilo-Israel’s Green initiatives and its participation in GreenFaith’s Congregational Certification Program. Thanks to Rabbi Cohen, TSTI was also part of the first Reform Movement Synagogue 2000 cohort.

Thanks to the Bershad Family Rabbinic Endowment, created by TSTI leader David Bershad in Rabbi Cohen’s honor, Rabbi Cohen is able to embark upon a variety of new and innovative initiatives that enhance the life of the congregation.

Rabbi Cohen is active in efforts to promote a democratic and religiously tolerant society in the State of Israel. He is a member of the Association of Reform Zionists of America (ARZA) and also actively participates in the annual American Israel Public Affairs Committee (AIPAC) Policy Conference. Since spring of 2014 he has served on its National Council. Rabbi Cohen formerly served as President of the South Orange-Maplewood Clergy Association and is currently a chaplain for the Maplewood Police Department. Since early 2021 he serves on the Steering Committee for the Community Relationship Council of MetroWest Federation.

Rabbi Cohen was on faculty for the Reform Movement’s “Hava Nashira” song leader conference in 2021. He lives in South Orange with his wife, Raina Goldberg, and their goldendoodle, Nava.

Rabbi Cohen has written several articles of interest and is featured or quoted in numerous local and national publications. He authored a chapter in The Hope: American Jewish Voices in Support of Israel and two essays in Fault Lines: Exploring the Complicated Place of Progressive American Jewish Zionism by Menachem Creditor and also co-authored a chapter on the Ethics of Animal Experimentation in Dr. Eugene Borowitz’s book Exploring Jewish Ethics: Papers on Covenant Responsibility. (Detroit: Wayne State University Press, 1990.)

A rabbi’s love of tech — and quiet heroes | NJJN

I’m left of the Left, and I support AIPAC | NJJN

There’s an App for That, Says Rabbi Daniel Cohen | NJJN

From the NJJN– S. Orange temple on the run 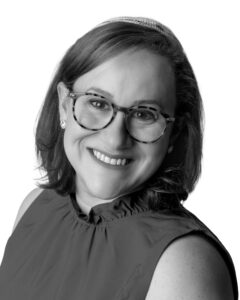 Rabbi Alexandra Klein was born and raised in Montclair NJ. She came to TSTI as Assistant Rabbi in 2015 and became our Associate Rabbi in 2018.

A graduate of Haverford College, Rabbi Klein holds a BA in Psychology, as well as a Masters of Arts in Hebrew Letters and Rabbinic Ordination from Hebrew Union College-Jewish Institute of Religion. During her rabbinic training, Rabbi Klein was honored as a Tisch Rabbinical Fellow, which enabled her to study innovative religious practices under the mentorship of Rabbi Dr. Lawrence Hoffman.

Previously, Rabbi Klein served as co-director of Synagogue 3000’s pilot initiative with Jewish young adults called “Next Dor NYC;” as a rabbinic intern of Beth Sholom Temple of Fredericksburg, VA; and oversaw the 6th-12th grade youth programs at Temple Beth Shalom of Needham, MA. She has also worked as a pastoral counselor at Central Synagogue and DOROT, and as a hospital chaplain at New York Presbyterian Hospital.

Since arriving at TSTI, Rabbi Klein has become involved in all aspects of synagogue and communal life. She works with families with young children, mentors our b’nei mitzvah students, and oversees our popular 8-12th grade Hebrew High program. She is also a passionate teacher of adult learners, was honored to serve as co-leader of the South Orange-Maplewood Interfaith Clergy Association, and as a member of both regional and national CCAR leadership committees. Rabbi Klein is a life-long member of the URJ Camp Harlam community, and continues to volunteer her time there each summer as rabbinic faculty. She is passionate about building community and helping TSTI members deepen their connection to one another and to our sacred tradition.

Rabbi Klein and her husband, Adam Seidman, live in Maplewood with their twin daughters and beloved three-toed dog. 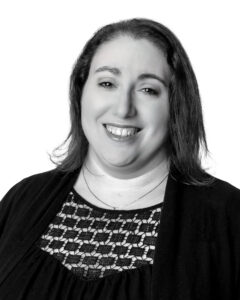 Cantor Rebecca Moses joined TSTI in July 2012. She was ordained as Cantor in 2009 by the Hebrew Union College-Jewish Institute of Religion, Debbie Friedman School of Sacred Music in New York City, where she received her Master’s Degree in Sacred Music in 2008. She holds a Bachelor of Music Degree in Vocal Performance from the University of Missouri-Kansas City Conservatory of Music. Cantor Moses currently serves on the Executive Board of the American Conference of Cantors.

Prior to becoming part of the TSTI community, Cantor Moses served for three years as Cantor-Educator at Temple Anshe Sholom in Hamilton, Ontario. Before ordination, Cantor Moses enjoyed a career in professional and community theatre. She enjoyed playing favorite roles in such beloved shows as Annie, Jekyll and Hyde, Into the Woods, Hank the Cowdog, Hershel and the Hannukah Goblins, the Phantom of the Alamo,  and many many more with companies across the country, but most especially with her mother’s theatre company, the Beth-El Players!

She has served as a presenter for both Hava Nashira, the URJ’s premiere song leading training, and for the URJ. She has served in several different leadership roles within the American Conference of Cantors, and is the incoming Secretary of the Executive Board.

She resides with her husband Aaron, daughter Alexandra, and son Levi in West Orange. 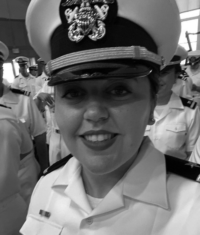 She was commissioned into the United States Navy in January as a Chaplain Candidate, the Navy’s first ever Cantor, and only the second Cantor in the US military. She will recommission upon ordination to serve active duty sailors, marines, and their families. She is thrilled to join the TSTI family this year!

On the side, Laynie is an avid reader and writer of fantasy and science fiction. 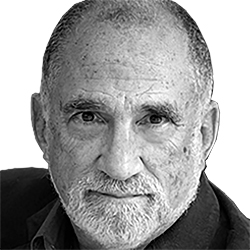 Cantor Ted Aronson was invested as Cantor in 1967. TSTI was his first and only pulpit. In 1970, he received his Religious School Principal certification from the HUC-JIR. Cantor Aronson went on to attend Yeshiva University where he received a Masters in Social Work in 1986. In 2001 he was awarded an Honorary Doctorate from HUC-JIR. From 1970-1986 he was the Director of Education at TSTI. Cantor Aronson was the creator and Director of the synagogue’s Parenting Center from 1985-1990.

During his tenure, Cantor Aronson brought many and various musical styles to the worship experience and has been intimately involved with Israel his entire career and has coordinated programs between several schools in Israel and TSTI’s Hebrew school in South Orange. Cantor Aronson lives with his wife Sonia in West Orange. 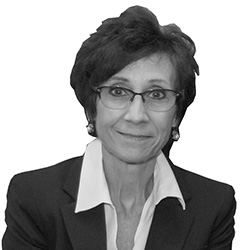 Cantor Joan Finn has been a member of TSTI since 1984. Over the years she has been head of the Volunteer Choir and Outreach Committee. She attended two summer programs of Para-Rabbinic study at Hebrew Union College. She studied at both Oberlin Conservatory and the University of Hawaii for her undergraduate degree in Vocal Performance. Joan received her Masters of Music degree in Performance from the Manhattan School of Music. She was ordained as Cantor in spring of 2010 by the Academy for Jewish Religion in Riverdale, New York.

Cantor Finn retired in 2019 and continues to be an active part of the TSTI community.

Cantor Finn lives with her husband Ron in South Orange. 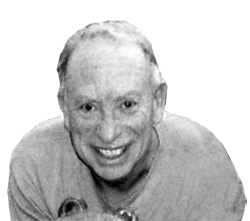 Rabbi Harvey Goldman served as Senior Rabbi of TSTI from 1985-1998. He was instrumental in shaping numerous programs and groups including the Renaissance Group (now PrimeConnection), which to this day is an active and vital arm of our temple community. Since retiring, Rabbi Goldman and his wife, Judi, split their time between Montville, NJ and the Berkshires.